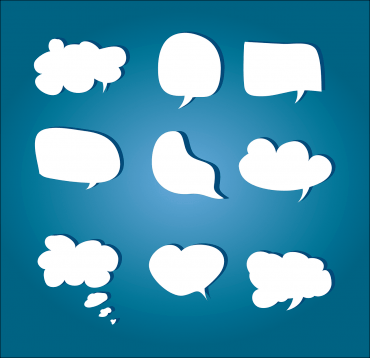 Do you remember your most recent dream? What was it about? What did it mean? I only remember a few of my dreams, mainly because they were delivering very clear messages from God. Messages that helped me to re-focus rather quickly! Dreams and messages – don’t ignore them.

One of my dreams that I remember most clearly came soon after Ken and I were married. One night we had an argument. Ken went for a walk. I was emotionally exhausted so went to bed, and promptly fell asleep. I had a very vivid dream, with one lasting image – our bed, Ken lying on one side, me on the other side, and a huge snake lying in between us.

On seeing this image I woke up, phoned Ken asking him to come back immediately. He did. We apologised to each other, forgave each other and prayed.

I believe that dream was from God, a warning that there needed to be unity in our marriage as the enemy was already planning on how to cause division, after only a few weeks of marriage.

Yes, God can speak to us through dreams. And He wants us to listen.

A friend recently shared a link to one of Ravi Zacharias’ last sermons. In the sermon he illustrated the importance of seeking God’s wisdom by recounting a story from the book of Daniel, King Nebuchadnezzar’s request for the Chaldeans to make known to him his dream and its interpretation. It’s a great story of how God delivers messages through dreams.

In the second year of the reign of Nebuchadnezzar, Nebuchadnezzar had dreams by which his spirit was troubled and agitated and his sleep went from him.

Then the king commanded to call the magicians, the enchanters or soothsayers, the sorcerers, and the Chaldeans [diviners], to tell the king his dreams. So they came and stood before the king.

And the king said to them, I had a dream and my spirit is troubled to know the dream. Daniel 2:1-3 AMPC

However, the Chaldeans wanted the king to tell them the dream first, and then they would respond with the interpretation.

Then said the Chaldeans [diviners] to the king in Aramaic [the Syrian language], O king, live forever! Tell your servants the dream, and we will show the interpretation. Daniel 2:4 AMPC

No man on earth can do that

But Nebuchadnezzar insisted – both the dream and the interpretation. And the Chaldeans continued to resist. They knew they had no way of knowing what Nebuchadnezzar’s dream was because, as they expressed, they had felt only the gods could reveal that to the king.

The Chaldeans [diviners] answered before the king and said, There is not a man on earth who can show the king this matter, for no king, lord, or ruler has [ever] asked such a thing of any magician or enchanter or Chaldean.

A rare and weighty thing indeed the king requires! None except the gods can reveal it to the king, and their dwelling is not with [human] flesh. Daniel 2:10-11 AMPC

The Chaldeans did not have a relationship with the one true God, the living God. They didn’t have access to His wisdom. The Message Bible says it like this,

The fortunetellers said, “Nobody anywhere can do what you ask. And no king, great or small, has ever demanded anything like this from any magician, enchanter or fortuneteller. What you’re asking is impossible unless some god or goddess should reveal it – and they don’t hang around with people like us. Daniel 2:10-11 The Message

Nebuchadnezzar obviously wasn’t very happy with the response from the Chaldeans. He wanted answers!

That set the king off. He lost his temper and ordered the whole company of Babylonian wise men killed. When the death warrant was issued, Daniel and his companions were included. They also were marked for execution. Daniel 2:12-13 The Message

Daniel did have a relationship with the living God, and he had confidence that God would give him wisdom to respond correctly to the king’s request – providing both the dream and the interpretation. So Daniel asked the king for a little extra time to provide an answer to his request.

The mystery is solved

Then Daniel went to his house, and made the decision known to Hananiah, Mishael, and Azariah, his companions, that they might seek mercies from the God of heaven concerning this secret, so that Daniel and his companions might not perish with the rest of the wise men of Babylon. Then the secret was revealed to Daniel that night in a vision So Daniel blessed the God of heaven. Daniel 2: 17-19 NKJV

Daniel then went back to Nebuchadnezzar and gave him the answer. He prefaced his response with acknowledgement of where the wisdom came from.

Daniel answered the king, “No mere human can solve the king’s mystery, I don’t care who it is – no wise man, enchanter, magician, diviner. But there is a God in heaven who solves mysteries, and he has solved this one. He is letting King Nebuchadnezzar in on what is going to happen in the days ahead. This is the dream you had when you were lying on your bed, the vision that filled your mind. Daniel 2:27-28 The Message

This story makes me think about James 1:5, a scripture I have posted on the wall near my desk,

If you need wisdom, ask our generous God, and he will give it to you. He will not rebuke you for asking. James 1:5 NLT

God speaks to us through dreams

So dreams and messages … God uses dreams to tell us about our future, just as He did with King Nebuchadnezzar. And God can give us wisdom regarding the interpretation of our dreams, just like He did for Daniel. We just need to ask Him for His wisdom.

Sometimes God uses dreams to give us information about situations, to give us greater understanding and essentially encouraging us to trust that He has got the situation sorted. God did that for Joseph when he found out Mary was pregnant.

Her fiance, Joseph, was a righteous man, full of integrity and he didn’t want to disgrace her, but when he learned of her pregnancy he secretly planned to break the engagement. While he was still debating with himself about what to do, he fell asleep and had a supernatural dream. An angel from the Lord appeared to him in clear light and said, “Joseph, descendant of David, don’t hesitate to take Mary into your home as your wife, because the power of the Holy Spirit has conceived a child in her womb. She will give birth to a son and you are to name him ‘Saviour,’ for he is destined to give his life to save his people from their sins.”

God warns us through dreams

Sometimes God uses dreams to give us warnings. Again He spoke to Joseph via a dream, warning him about Herod’s plans to kill Jesus.

Now when they had departed, behold an angel of the Lord appeared to Joseph in a dream, saying, “Arise, take the young Child and His mother, flee to Egypt, and stay there until I bring you word; for Herod will seek the young Child to destroy Him.”

When he arose, he took the young Child and His mother by night and departed for Egypt. Matthew 2:13-14 NKJV

Note, the ‘they’ who had departed, were they wise men, who had also received a warning from God in a dream.

Afterward they returned to their own country by another route because God had warned them in a dream not to go back to Herod. Matthew 2:12 TPT

Note 2: What is it with these Kings who get angry, albiet for different reasons, frustration and fear, and then respond with killing – Nebuchadnezzar and all the wise men of Babylon; Herod kills every baby boy two years old and younger in Bethlehem. This is the fallen world we live in.

God uses dreams to give us directions

In Egypt God speaks to Joseph again in a dream, this time, to give Joseph clear direction on where to go next.

But then Joseph is concerned because Herod’s son is now in control in Judea, so in another dream God gives Joseph further instructions.

But when he heard that Archelaus, Herod’s son, had succeeded him as ruler over all the territory of Judah, he was afraid to go back. Then he had another dream from God, warning him to avoid that region and instructing him instead to go to the province of Galilee. So he settled his family in the village of Nazareth, fulfilling the prophecy that he would be known as the “Branch.” Matthew 2:22-23 TPT

God’s instructions and our obedience

How obedient is Joseph? After each of these dreams where he received the information, warnings and instructions from God, Joseph did what God asked of him. Furthermore, some of those actions fulfilled prophecy from the Old Testament.

God has the big picture

Remember God has the big picture. He has the plan and He will reveal our next step, maybe via a dream, at the right time.

To finish, let’s meditate on what Daniel said when God revealed the mystery of King Nebuchadnezzar’s dream to him …

That night the answer to the mystery was given to Daniel in a vision. Daniel blessed the God of heaven, saying,

“Blessed be the name of God, forever and ever.
He knows all, does all:
He changes the seasons and guides history,
He raises up kings and also brings them down,
he provides both intelligence and discernment,
He opens up the depths, tells secrets,
Sees in the dark – light spills out of him!
God of all my ancestors, all thanks! all praise!
You made me wise and strong.
And now you’ve shown us what we asked for.
You’ve solved the king’s mystery.”
Daniel 2:19-23 The Message

Are you looking for more resources to help you draw closer to God, please check out my other blog posts and podcasts.

If you have struggling to trust God with something or someone in your life, my latest ebook may be of help to you, Choosing to trust God. It’s a short summary (only 18 pages!) of what God has been teaching me over the past 10 years about moving from a place of fear to faith. It is now available on Amazon for only $4.64.

I have a background of working in the corporate sphere, however the past 8 years of living with a child with cancer have impacted me greatly, and have led to me to regularly write and speaking about this horrendously challenging journey. Many of the things I've learnt can be applied to any challenge we face in life, not just cancer.

In 2018 I published a book about some of our journey of living with a child with cancer - Childhood Cancer - A survival guide for parents - written by a parent. It includes the practical strategies, tips and checklists we used to during this period to help our family survive this season. More information about my book is available on https://childhoodcancerparentsguide.com

If you are planning an event and are looking for a speaker on any of the following topics, please contact me at wendy@wendyrobinson.com.au


Corporate / Business Background
For the past 16 years I have worked at Newsletter House in a management capacity, including helping navigate the business through the economic challenges of being a small business hit by the GFC.

Prior to August 2003 the majority of my experience was in project-related roles in the banking sector. Particularly project planning, process improvement and project office roles.

Please log in again. The login page will open in a new tab. After logging in you can close it and return to this page. 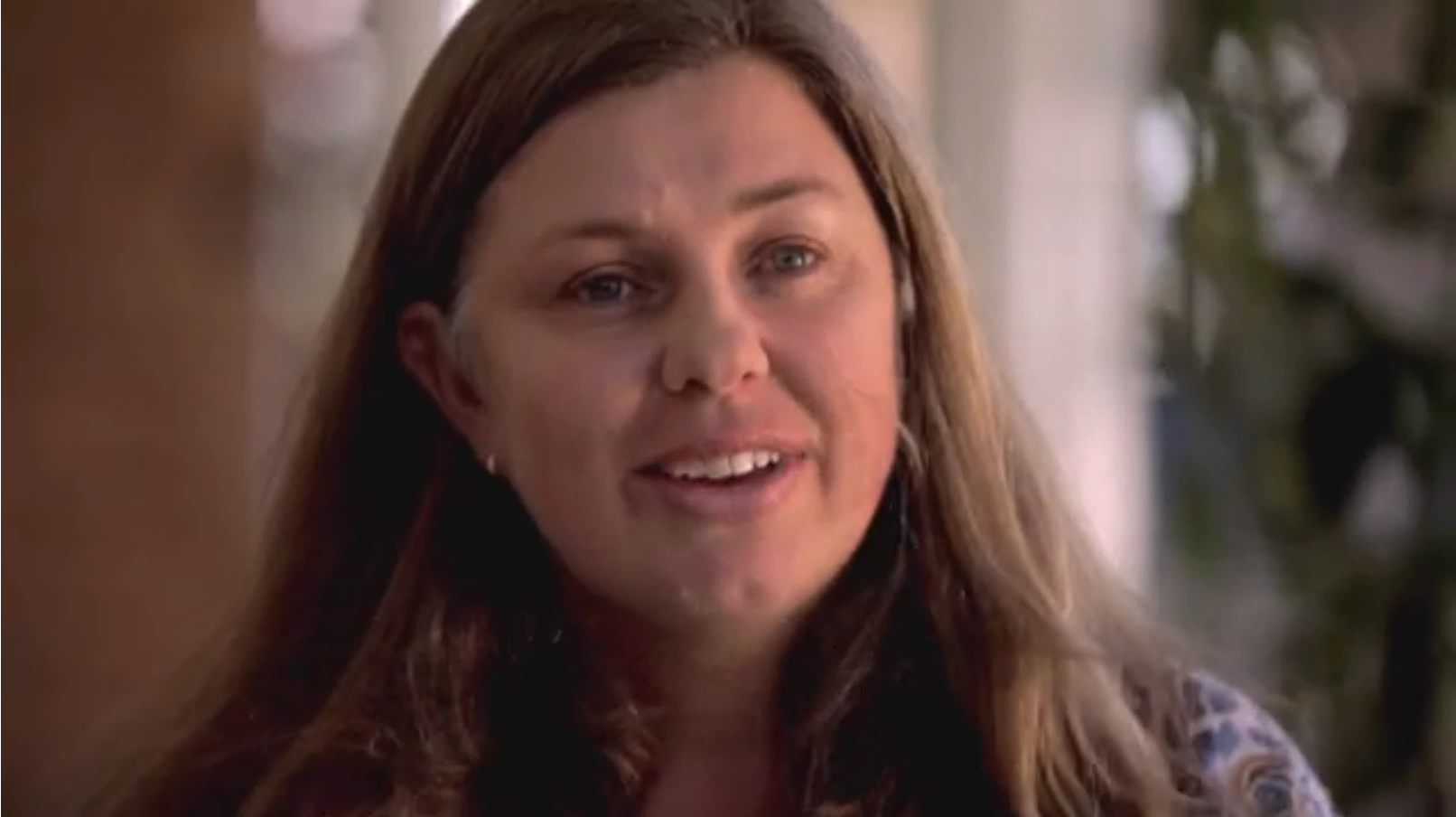